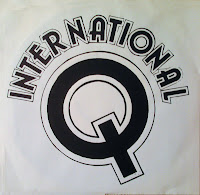 #3 in our continuing series on the Connecticut music scene from my fun years, here's another goodie from a band called International Q. I believe I saw these guys at least twice, once at WESCONN in Danbury, CT. These guys were fun, up tempo and infectious. They were a little tighter and practiced than 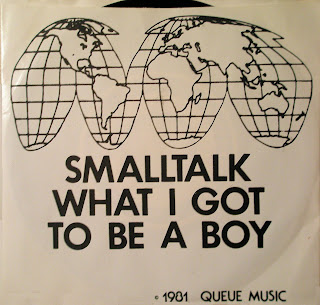 some of the others I heard at the time, but likeable all the same! I think they developed a bit of a following locally but I have no idea what became of them. Once again the only reference to a name here is for the song credits, all being to a D. Pittsinger. I just know that I have always liked the three songs on this 45 from 1981 and I hope you will be all the better for having been "Q'ed" in....you gotta love "Small Talk"!!

(side B)
To Be A Boy
Small Talk

All songs credited to D. Pittsinger
Posted by Durge & The Oldies at 11:44 PM