How to meet those uptown girls... 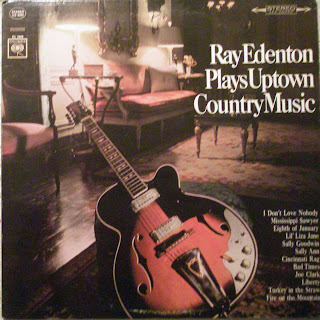 So I'm a frustrated guitar player, strictly amature, and I love listening to guitar music of almost any variety. But I think I often most enjoy the purest forms of sound that the instrument is capable of producing. It doesn't necessarily have to be anything fancy (like those uptown girls, for instance) but just pure (like some of them country girls that had coal miners for daddies). I recall my first listening to some of George Benson's early CTI stuff and then soon after that discovering Johnny Smith, not that they are all so simple, of course, but the purity of their notes really struck home. From there I went on to embrace the likes of Gabor Szabo (admittedly not for everybody), Buddy Fite, Chet Atkins, Joe Pass and Barney Kessel, and on and on, so many talented players and such sweet sounds. Eventually I went so far as to obsess over pop/easy listening greats like Al Caiola and Tony Mottola. So I came to investigate most anyone I came across known for guitar playing skills and that eventually led me to Ray Edenton, a studio/session man for many years with only a few credits as a leader. This next album is one of them, nothing really showcasing his true talents but it has its moments if you appreciate the basics. So if you have an interest in some relatively light country guitar music, check this one out, preserved at 128 I'm afraid, but I think it sounds fine for this sort of thing. The cast of musicians here does read, as the album back states, "like a Country Music " 'Who's Who' ", but you have to be a little suspect when you see Boots Randolph in any line up, as far as I'm concerned. It generally disappoints but it does have a nice feel that hits the spot at times so...close your eyes and just picture them wild uptown girls rippin' it up on a Saturday night, guit it?