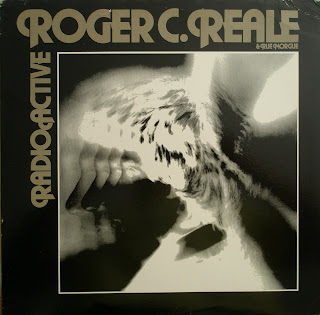 During my care free days of bar hopping and night-clubbing, and the constant pursuit of good live music, I can remember a fairly early experience in New Haven, CT at a somewhat short lived new wave/punk club called The Joint. Situated in a basement of a downtown building, you walked down some cement stairs as I recall, down a long hallway into a claustrophobic series of rooms that included a small stage. I'm pretty sure that one of the first groups I saw perform here was a local band called Roger C. Real & Rue Morgue. For this tiny place I recall I was immediately impressed that these guys not only brought a lot of energy to the "joint" but they were pretty polished. Though their music was relatively straight forward, not highly quirky like some of the bands that were making the scene at that time locally, this band was tight and had all their licks down and delivered each song convincingly with plenty of sweat and enthusiasm. It was gut wrenching rock n' roll. I liked them and eventually tracked down the album you see here, "Radio Active". It's been a lot of years since I listened to this album (like most of my record collection), and I don't think I ever saw the band perform again, but this vinyl still sounds great today. Fairly simple, power trio garage rock that falls somewhere between The Who and The Ramo 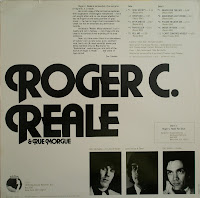 nes with some hints of The Chords and maybe even some Bruce Springsteen if that isn't too damaging a comment to make. Roger certainly has a dramatic flair for Harley Davidson type rock vocals, gravelly and relentless, in a good way. But G.E. Smith never lets up on his revved up guitar work and drummer Hilly Michaels more than carries his share, as well. I particularly like "Dear Dad" and check out the punk-like attack on "Kill Me". I don't see any clunkers on this LP, it is the Reale deal and I hope you enjoy it. I understand that Roger is still in the Connecticut area but I don't think he is performing these days. Too bad.