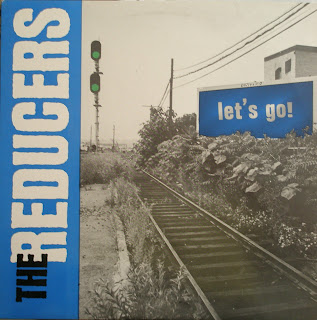 This next album deserved a simple introduction and so I used what is probably the most recognizable cut on the 1984 album of the same name, "Let's Go" by the Connecticut band, The Reducers. "Let's Go", the very first cut on the album really kicks things off with a lot of energy and fun, and for the most part, I think the rest of the album follows suit. These guys often remind me of a slightly simpler version of the Revillos/Rezillos but at times there are quite a few other influences noted that generally seem i 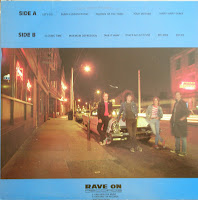 ndicative of the times back in 1984. Some Ramones, even ZZ Top, but most of all it's a rockin' collection of well played, fairly down to basics good music that captures that early eighties "New Wave/Post Punk" feel. I can see where they get their name...reducing things to the best of elements. From a post office box in New London, Connecticut, I give you...The Reducers!

All songs written by Birdsall/Detmold/Kaika/Trombley except "Hippy Hippy Shake"
Posted by Durge & The Oldies at 12:01 AM