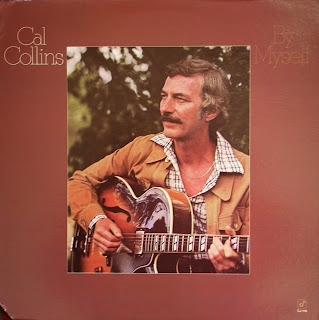 Many years ago, there was a child born in Waterbury, Connecticut. A proud set of parents beginning a family amidst the historic confines of Yankee tradition and the comfort of the industrial plateau. It wouldn't be long before the kindergarten years would find this same young boy coming to terms with what would be a lifelong pronouncement of, the only child. And yes, this "only child" would be me, now entrenched some 52 years in this cozy little world that has managed to define me in the eyes of Catholic families everywhere, in the minds of struggling street smart urchins, and even deep within my own shadowy world of unbridled imagination and introspection. I soon came to understand that "only child" was generally not a moniker to be proud of, especially among peers where it usually was applied to someone thought to be unfairly privileged, someone unusually coddled, a "momma's boy", protected and insulated from the spirit of the real world below. These connotations seemed to build up in my little head as I progressed through those first few years of grade school and it became a source of embarrassment, at least in my mind, that I worked hard to avoid or erase. Early on it came with undoing any effort my mother put into my appearance. She would lay out the clothes and I would do my best to dismantle the intended choreography. Sometimes I just managed to do a last minute switcheroo before bolting out the door for school, sometimes I just had to tear everything apart between the backdoor and the schoolyard, the clip-on bow tie, the knee socks, the jaunty cap, oh God, it was horrible, but fairly easy to address (or undress as the case may be). So other than the inescapable class photo days, I managed to avoid segragation, and from that point it was just being a kid with no siblings. Although the lack of Christmas day competition and singular annual birthday festivities certainly made their marks on my tendancy to expect attention, these same conditions also resulted in the inevitable lack of attention. It was easy for a family of three to operate as three independent entities, especially as I got older and could take care of myself. This was great for developing a certain confidence in survival and self-sufficiency, it proved a fertile field for my creative juices and entertaining imagination, but it also made some of the social challenges a bit more uneasy than they should be. On the one hand I was devoid of the interactions a larger family would naturally offer, while on the other hand I was somewhat unabashed in my constant mission to weasel into other people's privacy. I had enough of my own privacy so I just assumed everybody else was just as much in need of some outside interaction as I was. So I would be throwing stones at my neighbor's window trying to get my buddy to come out and play. I would knock on every door until somebody would open it wide enough for me to squeeze by, and then let the games begin! So some families took me in like some homeless wretch, I would raid their fridges, sit down to dinner and break bread, watch TV with them, run around and get in trouble (but I never would get the whoopin'), I became an appendage to more than one neighborhood family, and somehow some of these poor victims remain close friends that seem to recall those days fondly if not with a certain humorous disbelief. As far as I was concerned, it all worked out fine, I generally found ways to deal with my supposed disadvantage of what some might call an incomplete family, while at the same time enjoying the advantages of the freedoms that same situation created. My parents and I were like three separate entities all dashing about on wildly different missions on a day to day basis. I had a lot of independence, even for those days, often wandering most anywhere I wanted. There weren't many restrictions or penalties for me...fortunately that never got me in any real trouble so I guess I/we were lucky that way. It also meant that I really came to love my situation. While I came to understand the special qualities of a larger family with siblings and firm traditions and schedules, I also have relished my somewhat unique combination of chaos and calm. I have come to crave activity and social interaction but I also need my own time to be quiet, to lose myself in that same world that followed me from cradle to college. That vast world that speaks to me through all the noise in a singular voice, and fills the shadows with color and light. I have always said that I could stare at wallpaper and be relatively entertained. Boredom is inexcusable to me, there should be no such thing. Life has too much to offer, never a dull moment, depending upon your outlook. And speaking of something to offer, here I offer you another great OOP album from Cal Collins. This one is a solo effort, just Cal and his guitar, and it's a gem, from the vinyl at 320kbps. You can hear the gentle, warm feeling just melt from the strings. This is an easy going but so impressive work from Cal Collins. Bluesy, relaxed, and yet some flurries of ideas come at you at times that will have you shaking your head (that's a good thing). If you like swinging traditional jazz guitar, there is some great stuff here for you to check out...enjoy it...all by yourself.
Syndrome

Cal Collins - By Myself - 1979
Concord Jazz CJ-119
By Myself
Where Are You
What Is This Thing Called Love
Stairway To The Stars
No Moon At All
P.S. I Love You


Sunrise, Sunset
The Gypsy
All The Things You Are
The Nearness Of You
Route 66
Jackson County Blues
Posted by Durge & The Oldies at 12:53 PM

Thanks for this - a musician I've missed out on.

Thank you for posting this fantastic LP.

New to me. Thank you.

I have this one but I must say that I really enjoyed reading what you wrote about being an only child etc. You write very well.

Thanks KK, I appreciate your taking the time to read and leave the good word. It's been a while since I wrote that and I have to say, I enjoyed reading it over myself! Thanks again.

thank you sir, i'm an only child too...and its always neat to discover yet one more clever title for a jazz album...

i'm listening and studying all of the great mellow guitar geniuses -- van eps, greene, poole, alden and so on -- and its wonderful to be able to add collins to add cal colllins to the mix. thanks again.

oh my mistake.. I thought Collins entitled the album "only child"...

so if i ever do a solo guitar album the title is still out there!

thanks very much for the new link !